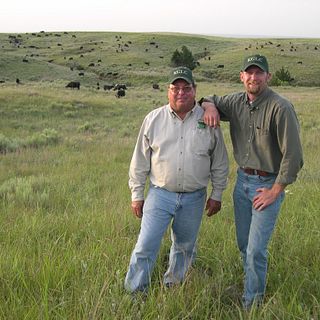 Washington, D.C. (July 18, 2007) –The Alexander Ranch of Sun City, Kansas has been selected as one of the regional recipients of the 2007 Environmental Stewardship Award Program (ESAP). The annual award program recognizes cattle operations that are proven stewards of the land, dedicated to natural resource conservation through the use of innovative, cost-effective stewardship practices.

Located just a few miles north of the Oklahoma – Kansas line, the Alexander Ranch was nominated by the Comanche Pool Prairie Resource Foundation and selected from entries submitted within the National Cattlemen’s Beef Association (NCBA)’s Region VII, which includes North and South Dakota, Nebraska and Kansas.

“Ted Alexander’s decades of dedication to the improvement of native lands in an area which was once a drastically over-grazed and under-watered deserves national recognition,” says Dave Petty, Chairman of the selection committee. “For Ted, improving and restoring the native forages is his number one goal. He has transformed a degraded ranch into a healthy and profitable ranch business.”

The ranch covers 7,000 acres and has flourished as a custom grazing operation for the past 23 years. Often stocking between 500-700 cow/calf pairs or 2,500 yearlings, the operation runs on a rotational grazing method. When beneficial to the management of the stockpiled forage, cattle are custom grazed during the winter months.

Environmental enhancements to the land include removal of invasive Eastern Red Cedar trees, development of livestock water sources, improvement of forage productivity, and increasing the native plant and wildlife diversity. The ranch is divided into three grazing cells, each consisting of smaller paddocks of acreage.

“The paddock system utilized by the Alexander Ranch has allowed them to continually improve the pastures and to operate with the environment in mind,” says Petty. “Cattle are able to flourish because of the range improvements and stewardship practices. In addition, the ranch has enhanced and developed several innovative water systems.”

Additionally, a cooperative effort with the U.S. Fish and Wildlife Service’s Partners for Fish and Wildlife Program and the Kansas Department of Wildlife and Parks is key to many of Alexander Ranch’s accomplishments. The ranch is home to many wildlife and aquatic species that are candidates for protection under the Endangered Species Act (ESA). As a result of the partnership, the Alexander Ranch was able to enhance water developments, incorporate native forbs on the old cropped areas and expand the grazing system.

“Many leaders in the grazing land industry have sought Ted’s experience to test grazing drought management models due to his own implementation of a drought plan which keeps him on target – that target being the sustainability of the native rangeland resource with which he is entrusted,” says David Kraft, Rangeland Management Specialist with USDA’s NRCS.

The culmination of the Alexander Ranch’s grazing lands management practices has contributed to an increase in stocking rates of over 100 percent from the 1984 level, maintained individual animal performance, and increased the pounds of beef produced per acre while upholding the management goals to improve water quality, water quantity, soil health and native rangelands. Ted’s stewardship practices do not go unnoticed; he has received the Society for Range Management’s Excellence in Grazing Management Award, the Kansas Association of Conservation District’s Grasslands Award, and the Farmer/Rancher Wildlife Conservationist Award from the Kansas Wildlife Federation.

The Alexander Ranch has also entered into an agreement called a Candidate Conservation Agreement with Assurances (CCAA). A CCAA is a written guarantee with the Fish and Wildlife Service (FWS) to address the conservation needs of a species, before they become listed as endangered or threatened. The participants voluntarily commit to implementing specific actions that will remove or reduce the threats to these species, thereby contributing to stabilizing or restoring the species.

“The efforts of Ted Alexander and the Alexander Ranch are truly a success story,” continues Kramos. “This story can be considered a model for ranchers wishing to manage a profitable ranching business while maintaining a strong environmental ethic.”

“Off the ranch, Ted’s lead-by-example approach to life has proven to be a tremendous benefit to the local ranching community, as well as across the state of Kansas,” says Greg Kramos, Acting Kansas Private Lands Coordinator with U.S. Fish and Wildlife Service.

The Environmental Stewardship Award Program, now in its 17th year, is sponsored by Dow AgroSciences LLC and USDA’s NRCS and is administered by NCBA. The 2007 National Winner will be selected from of the ESAP Regional Winners and revealed at the 2008 Cattle Industry Convention in Reno, Nevada next February. For additional information, contact NCBA’s Washington D.C. office at 202-347-0228. 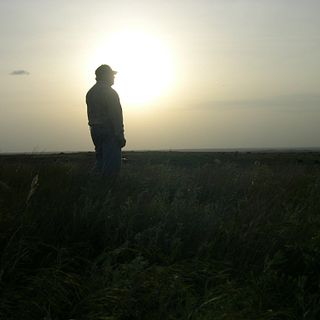 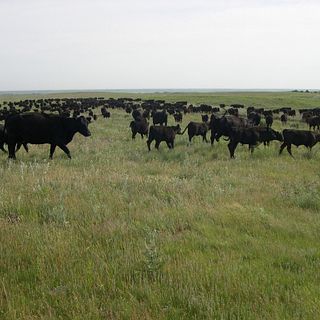 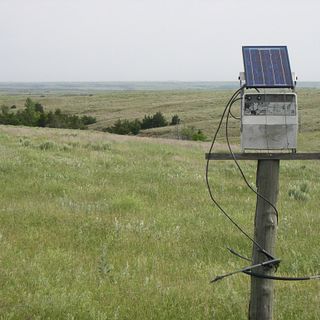 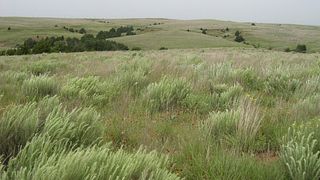