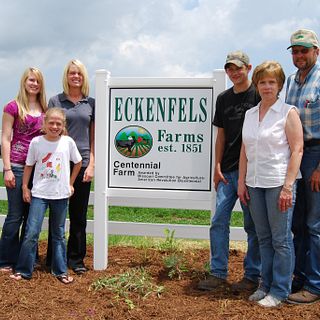 The Eckenfels family farm of Sainte Genevieve, MO is a 2009 Environmental Stewardship Award winner.  Representing Region III of the National Cattlemen’s Beef Association, the family was recognized at the 2009 Cattle Industry Summer Conference for their “whole-farm” commitment to protecting the area’s natural resources.

Eckenfels plants his crops using no-till, which has proven to increase his returns and minimize erosion. He has utilized rotational grazing by cross fencing his fields using a combination of barbed wire and electric fence to maximize production. He’s also fencing his ponds to exclude livestock. By implementing these conservation practices, Eckenfels Farm provides wildlife habitat and improves pastures.

“Bob is what you would call an everyday environmentalist,” said Dave Petty, chairman of the Environmental Stewardship Award selection committee and 2001 national award winner. “By integrating his farming and cattle production, Bob is able to diversify his operation, making it viable and sustainable. Bob’s commitment to conservation and to others has led him to serve in many leadership positions in his community.”

Eckenfels Farm was nominated for the Environmental Stewardship Award by the Natural Resources Conservation Service, USDA, with which the family has partnered to apply conservation practices. In addition, Bob has partnered with Missouri Outreach and Extension Service; Missouri Cattlemen’s Association; the Missouri Farm Bureau; Sainte Genevieve County Resource Conservation and Development and the U.S. Forest Service.

“By implementing these practices, Bob has hosted farm tours to show and promote the benefits of grazing systems and other improvements that will benefit producers and consumers,” said Petty.  “Bob’s greatest asset to environmental stewardship is one-on-one persuasion. He is able to educate other about what works.” 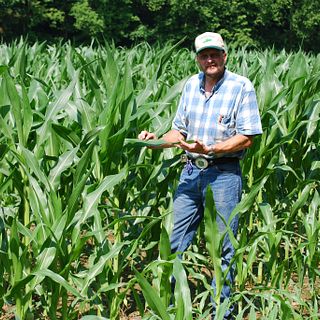 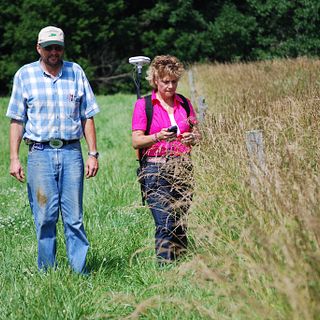 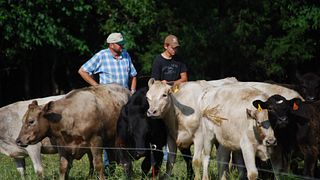