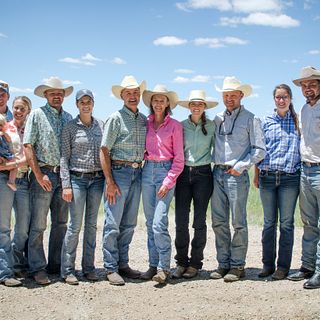 DENVER (July 13, 2017) – The Flying Diamond Ranch in Kit Carson, Colo., has been selected as one of six regional honorees of the Environmental Stewardship Award Program (ESAP). The award, announced during the 2017 Cattle Industry Summer Business Meeting July 13, 2017, recognizes outstanding stewardship and conservation efforts of beef cattle operations. This year’s regional winners will compete for the national award, which will be announced during the Annual Cattle Industry Convention in Phoenix, Ariz., in February 2018.

“Cattlemen and women everywhere understand that the land, air and water resources in their care are the cornerstone of their success and they are only stewards of those resources for a short time,” said National Cattlemen’s Beef Association President Craig Uden. “Each of us understands the importance of improving those resources and leaving them better for future generations. This year’s nominees are outstanding examples of what is possible for the beef industry. They serve as an inspiration for producers everywhere to continue improving their stewardship practices now and in the future.”

Founded in 1907 by Charlie Collins, who would later serve as president of the National Cattlemen’s Association, the Flying Diamond Ranch has been in the same family for more than a century. Today, the ranch operates a commercial cow-calf herd, a replacement heifer operation and bull development on 50,000 acres, half of which is deeded acreage, and the other half leased. The ranch is led by Charlie’s great-grandson, Scott Johnson, and his wife Jean with the active help and ownership of their four children and their families.

In the same family for more than a century, the Flying Diamond Ranch in Kit Carson, Colo., is a combination of deeded and leased land that is all about cattle, ranch and family. The operation is now led by Scott Johnson, the great-grandson of the ranch’s 1907 founder, Charlie Collins, who would go on to serve as president of the National Cattlemen’s Association for three years starting in 1932.

“It’s all about cattle, ranch and family,” says patriarch Scott Johnson. “My family all along has understood what we really have out here, the natural resources we’ve been entrusted with. It’s pretty special, and if you work with it and you listen it’ll take care of you and we’ll be well prepared for the next generation.”

The ranch is dominated by shortgrass and sandsage prairie, with an average precipitation of just 13 inches per year. The Johnson’s overall goal of working with nature led them to adopt a holistic approach to managing their ranch. They adjusted their calving season to better fit their available forage and implemented a high density, low frequency rotational grazing system in the early 1990s.

All of the family members continue to educate themselves on new and innovative management practices from all over the country to help improve their land. The ranch also enjoys a continued long-term relationship with their land grant institution, Colorado State University (CSU).

Dr. Kevin Pond, Head of the Department of Animal Sciences at CSU, says “The family is a product of the best that Colorado has to offer. Their recognized stewardship of the land has been over generations. As early adopters of technology and drawing from experiences from around the world, Flying Diamond Ranch has always searched for new and proven methods to improve sustainability. The newest generation has received further training at schools across the nation giving the ranch additional advantages to ensure success. Education is very important but successful sustainability of a ranch for several generations speaks for itself.”

“The desire to leave the land better than they found it is a common trait among cattle raisers,” says Dave Owens, beef marketing specialist with sponsor Dow AgroSciences. “You certainly see that in action at the Flying Diamond Ranch . They’re making a real, on-the-ground difference in protecting and improving the environment.”

The family enjoys sharing their ranching history and land management strategies with others and works with their nearby urban community to explain how ranchers’ efforts can benefit everyone. They frequently host tours that range from local elementary students to FFA chapters to an upper level economics class from Colorado College, sharing everything from their business model to information about their environmental practices. 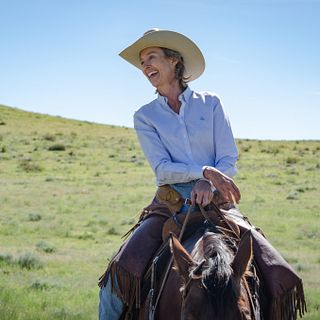 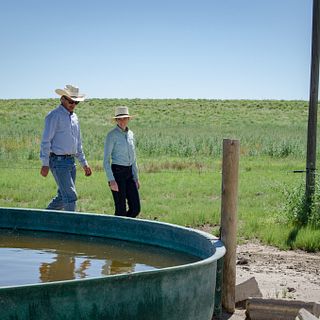 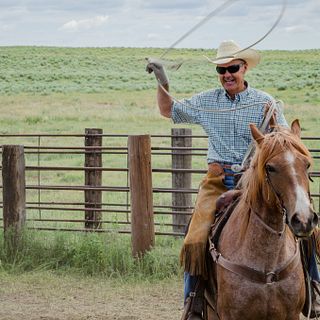 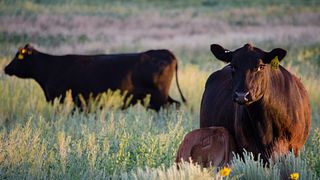