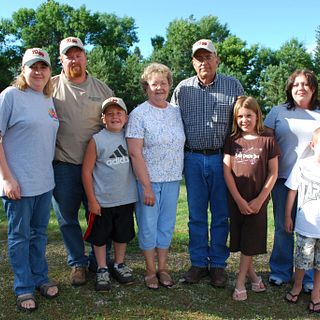 Nominated by the Iowa Cattlemen's Association

The Guge family farm in Estherville, Iowa, is one of the seven regional winners in the 18th annual Environmental Stewardship Award.  The award recognizes cattle operations that are proven stewards of the land, dedicated to natural resource conservation through the use of innovative, cost effective stewardship practices.

The Guge family farm was nominated by the Iowa Cattlemen’s Association.  They were selected from entries submitted to the National Cattlemen’s Foundation and represent Region III, which includes Iowa, Missouri, Illinois, Wisconsin and Minnesota.

“The award acknowledge producers who realize the importance of stewardship and conservation, and recognizes operations like the Guge’s for such efforts,” explained Dave Petty, chairman of the selection committee. “The family demonstrates how today’s cattle operations can utilize cooperative partnerships to problem-solve while maintaining an environmentally-friendly business.”

Mark and Norma Guge own and operate a commercial cow/calf, feedlot and farming operation, which runs on owned and long-term lease acreage.  With family roots in the area dating back to 1891, the Guge family has developed a love for the land as short-term tenants with aspirations of passing on the traditions that have been passed on.

“The Guge’s have taken conservation and economic sustainability seriously with the building of partnerships and the development of TwoRiver Cattle LLC,” added Petty. “Their commitment to the land and their cattle is evident in their work ethic and multi-generational commitment to the future.”

The Guge’s conservation ethic began with Myron Guge in 1944. Now, partnering with the Iowa Forage and Grassland Council and the USDA – NRCS the Guge’s have implemented rotational grazing plans for their pastureland and crop rotations that utilize contour farming to maximize profitability. This has been a practice for 50 years on the Guge farm. They have transitioned into a no-till drill to seed soybeans into cornstalk residue and leave soybean stubble undisturbed until immediately prior to planting when manure from the feedlot is added to the soil as fertilizer.

When reconstructing their 300-head feedlot, the Guge’s implemented a manure catch basin. Berms were built below the feedlot with a slotted gate system for settling out the solids from feedlot runoff.  Below the settling basin, an area of grasses has been seeded, which helps reduce runoff and lessen erosion.  This area is left primarily ungrazed and makes an excellent wildlife habitat.  Fence line bunks, cement aprons and mounds are the base for the feedlot with all cattle marketed through the TwoRiver Cattle, LLC.

The Guge’s are proactively involved in promoting conservation in the community.  Hosting pasture walks with business and industry peers are important.  In working with the Iowa Lakes Controlled Grazing project, the Guge’s have hosted more than 1,000 people for grazing education and demonstration projects. They have also made state-wide presentations with 1,400 producers in attendance.

“Mark’s enthusiasm is demonstrated to his peers and community through pasture walks he has hosted and speaking engagements he has been involved in, says Wayne Shafer, NRCS District Conservationist.  “He built his enterprise with the environmental ethics instilled in him by his family.  He’s also very generous in sharing his life lessons and experiences.” 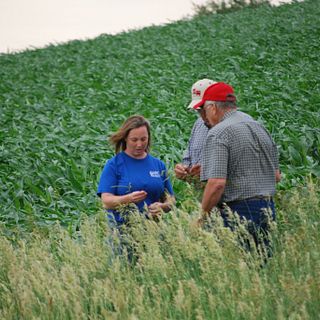 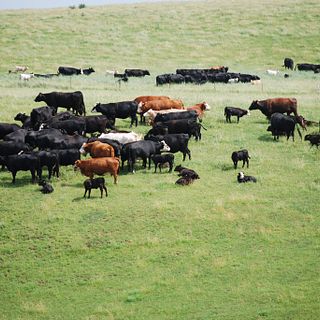 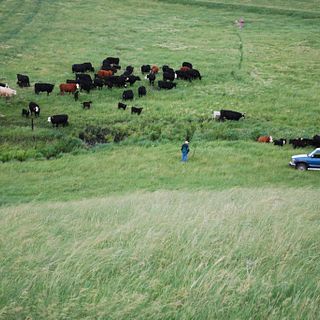 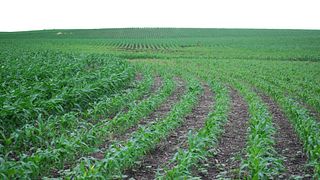 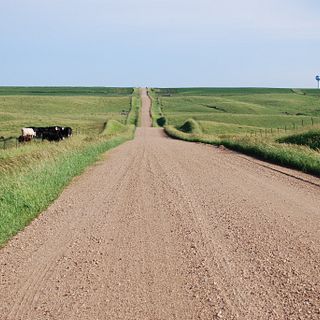 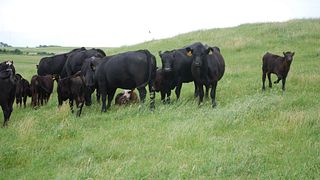 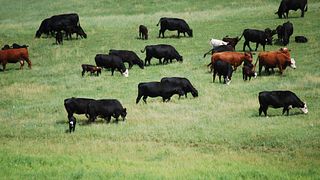