DENVER (July 15, 2016) – Huntingdon Farm of Alexandria, Penn., has been honored with one of six regional Environmental Stewardship Award Program (ESAP) awards. The six regional winners were announced during the 2016 Cattle Industry Summer Business meeting July 14, 2016 and will compete for the national award, which will announced at the Annual Cattle Industry Convention in February 2017.

ESAP is sponsored by Dow AgroSciences, USDA Natural Resources Conservation Service (NRCS), U.S. Fish and Wildlife Service, National Cattlemen’s Beef Association (NCBA) and the National Cattlemen’s Foundation, and is presented to farmers and ranchers who demonstrate a commitment to protecting the farm and ranch land in their care.

Huntingdon Farm is a privately owned and managed business of John and Kathryn Dawes, under the management and supervision of William Shoemaker, farm manager. The operation is an American Angus Association member farm that is home to a registered herd of 50 head with 36 brood cows.

Purchased by John Dawes in 1970 with his brother Donald Dawes and Professor Herman Purdy, the farm evolved into a national and international source of Angus genetics. The first beef farm within Pennsylvania to use embryo transplant, Huntingdon Farm utilized this practice to produce nationally recognized pedigrees that showcased birthing ease and better dispositions.

In addition to premier Angus genetics, at Huntingdon Farm the environment is a primary consideration. Huntingdon Farm is managed for maximum conservation, not maximum production. From the extensive best management practices (BMPs) utilized to the care given to their cattle, sustainability is the overarching ethos.

“John has been an active voice in the protection of the environment in the mid-Atlantic region in a way that still allows our nation to make full use of our natural resources,” said Bob Hough, retired CEO of the American Red Angus Association of America. “Common sense is the best way to describe his environmental activities for the good of industry, farmers, society and our land.”

There are no less than 30 BMPs demonstrated and employed on the farm. Most have utilized professional expertise and cost-share programming to promote the farm’s core values. The farm is primarily crop lands consisting of alternating crops of Red Clover, Crimson Clover, Annual Rye Grass, Sudan Grass, and soil rejuvenation plots of turnips and alfalfa. Vegetation is fed to the cows, reducing the need for costly and carbon footprint-intensive food supplementation. Forested land within the farm’s boundaries is managed for habitat and farm income.

In 2007, Huntingdon Farm was recognized by Governor Edward Rendell’s Secretary of Agriculture, Dennis Wolff, with the Governor’s Award for Environmental Excellence.

"Huntingdon Farm has a strong foundation in conservation planning and sets an example for farms interested in demonstrating sustainable energy practices," said Wolff. "Sustainability is a primary consideration at the farm, and is evident in all aspects of the business’s operation." 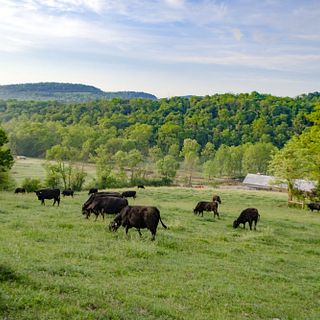 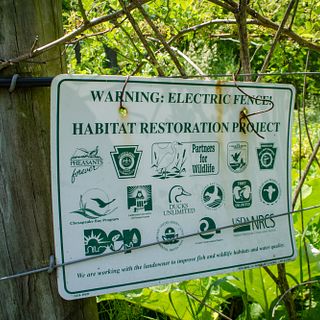 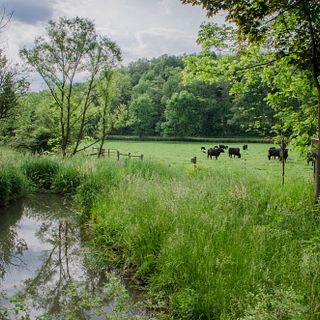 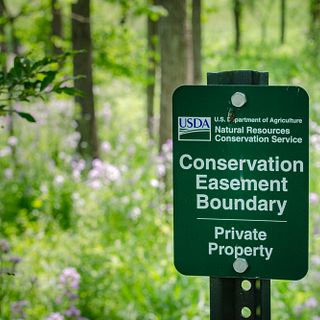 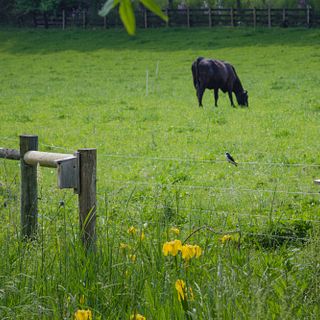 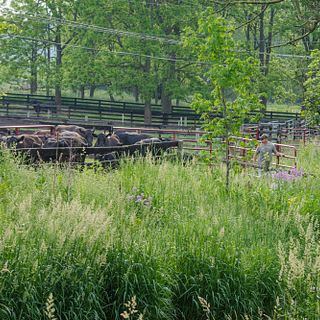 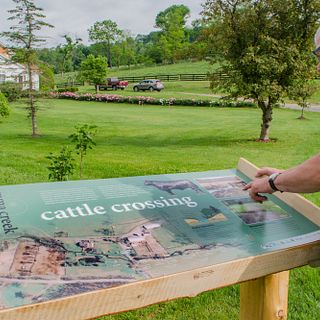 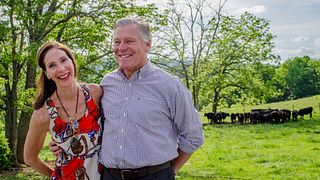