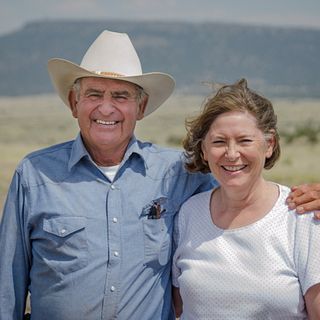 DENVER (July 13, 2017) – Jim O’Haco Cattle Company in Winslow, Ariz., has been selected as one of six regional honorees of the Environmental Stewardship Award Program (ESAP). The award, announced during the 2017 Cattle Industry Summer Business Meeting July 13, 2017, recognizes outstanding stewardship and conservation efforts of beef cattle operations. This year’s regional winners will compete for the national award, which will be announced during the Annual Cattle Industry Convention in Phoenix, Ariz., in February 2018.

“Cattlemen and women everywhere understand that the land, air and water resources in their care are the cornerstone of their success and they are only stewards of those resources for a short time,” said National Cattlemen’s Beef Association President Craig Uden. “Each of us understands the importance of improving those resources and leaving them better for future generations. This year’s nominees are outstanding examples of what is possible for the beef industry. They serve as an inspiration for producers everywhere to continue improving their stewardship practices now and in the future.”

Founded in 1898, the Jim O’Haco Cattle Company is named for the distinctive landmark which dominates the skyline. Jim and Jeanne O’Haco are the third generation to ranch on the land that comprises about 60,000 acres in eastern Arizona. The O’Haco family is recognized as having one of the largest working cattle ranches in the state.

The ranch wasn’t always a cattle operation; Jim’s grandfather had sheep on the ranch until Jim’s father took over and made the transition from sheep to cattle. Today, it is a cow-calf operation that is mainly Angus and Black Baldy cattle.

“My father started switching over to cattle because they couldn’t find any sheep herders,” said Jim O’Haco. “There were more cowboys around than sheep herders and that’s one of the big reasons for the transition.”

Over the years, the Jim O’Haco Cattle Company has worked alongside state and federal agencies to improve the ranch for cattle grazing. One of the biggest projects was the installation of the High Point Well, which allowed water distribution to all corners of the operation. Initially, the project was going to be a well with a storage tank on it but ten years later there is 40 miles of pipeline and water that reaches to every corner of the ranch.

Operating one of the largest working cattle ranches in Arizona, the Jim O’Haco Cattle Company of Winslow was actually founded in 1898 as a sheep operation. It later switched to cattle when sheep herders became scarcer than cowboys. The operation is run today by Jim O’Haco and his wife, Jeanne, who are the third generation to ranch on the land that comprises about 60,000 acres in eastern Arizona.

“The weight on our cattle improved because they didn’t have to walk as far to water,” said Jeanne O’Haco. “Before this project, the vegetation around the watering hole was trampled because they had to stay there to water. The cattle couldn’t graze out very far away from the water. It has made a tremendous difference in the improvement of the land and the vegetation.”

The water project is a win-win situation for the ranch and its inhabitants. After reaching an agreement with the Arizona Department of Game and Fish, the ranch now leaves the water tanks running year-round to provide drinking water for wildlife across the ranch.

“This ranch is just one of those jewels that has a lot of good habitat,” said Arizona Game and Fish, Habitat Enhancement Program Manager Al Eiden. “It definitely highlights the fact that wildlife and ranching can coexist well.”

“The desire to leave the land better than they found it is a common trait among cattle raisers,” says Dave Owens, beef marketing specialist with sponsor Dow AgroSciences. “You certainly see that in action in the O'Haco family. They’re making a real, on-the-ground difference in protecting and improving the environment.”

The O’Haco family has more than a century of experience caring for the land and the animals that inhabit it. Their on-going stewardship efforts will ensure that Jim O’Haco Cattle Company is around for future generations.

“Two things in life that I’ve always wanted to do and I think I have mostly accomplished them; have quality cattle and help the environment,” said Jim O’Haco. “The job’s not done; we can always improve. We learn from our past and keep on improving.” 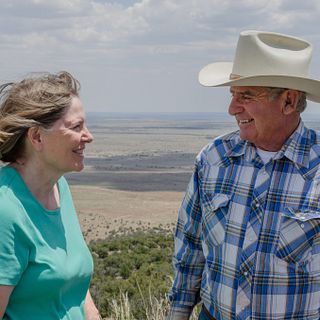 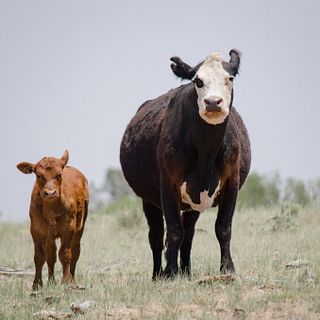 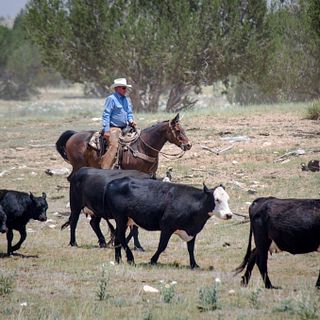 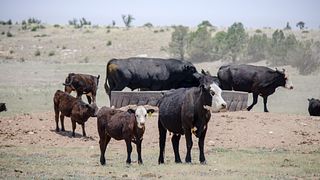