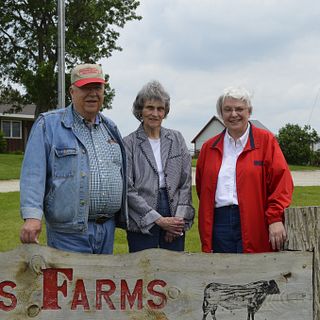 The job of Nichols Farms is to produce healthy, highly productive cattle. Today, the farm operation includes 2,780 owned acres, 2,676 rented acres, 1,200 purebred and composite brood cows. Each year, Nichols Farms sells over 800 bulls by private treaty and approximately 60,000 units of semen from Nichols’ bulls. They have exported semen, embryos and live cattle to 30 foreign countries. The combination of their land and cattle management makes the farm operation an economically and environmentally sustainable operation. Cattle are the primary source of revenue, with less than 9 percent of gross income from the sale of corn grain and soybeans.

“I believe that we are stewards of the soil, but one of the reasons we’re placed on earth is to improve the soil and improve life for people, and we can do both. Cows and forages improve the land for future generations,” said Dave Nichols.

Dave and Lee Nichols have set an outstanding example for their fellow cattle producers, purchasing abused rolling crop land at significantly lower prices per acre than fertile, well-maintained land. While they knew it was more difficult to reclaim land than to preserve it, the Nichols determined the lower land cost made the cost of fencing, ponds, terraces, fertilizer and weed and brush control justified. Managed livestock production can actually be a crucial component to rebuilding highly eroded land that was abused by planting row crops since the late 1800s or other mismanagement. In fact, they found it is nearly impossible to reclaim that land without pasture and cattle.

Initially, Dave’s goal was to grow two blades of grass where his dad had grown one. Today, one goal of the Nichols Farms is to produce 50 percent more pounds of beef from two blades of grass by breeding cattle that have attained the rate of progress that swine and poultry have. With genomics and research, the progress on that goal has had a really good start. And the last goal, but certainly not the least of them, is to leave the land for coming generations, who will not only conserve it, but improve it even more. Today, Nichols Farms is producing 50 percent more weaning weight per acre from their pastures than the county average. Their cropland has nearly twice the organic matter of their county’s average.

“Dave is well known for innovative ideas in beef cattle production. The genetics from Nichols Farm cattle have improved the quality of cattle across the United States,” said retired NRCS Grassland Conservationist, Brian Peterson. “Less well known is the care Dave gives the land in the operation. But the care Dave has given the land is what has made the operation sustainable.” 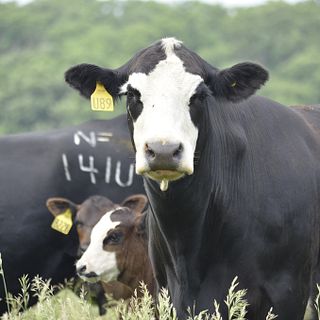 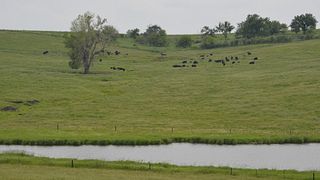 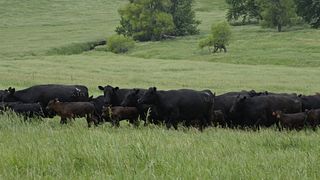 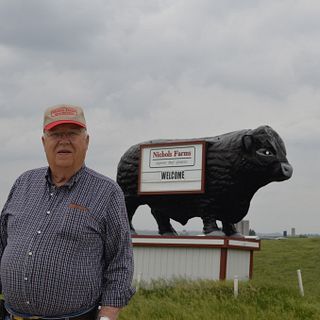 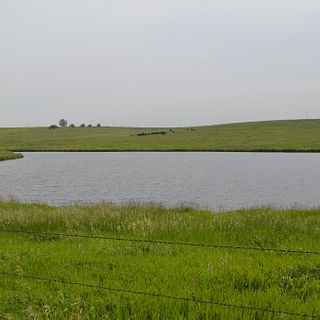 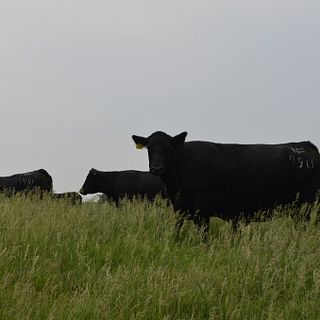 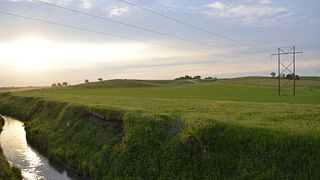