Clark Sennett and family, owners of Sennett Cattle Co. of Waynetown, Ind., have been selected as one of seven regional winners of the 2008 Environmental Stewardship Award, sponsored by private and federal environmental organizations. The Sennett family represents the Northeastern United States region.

The award program recognizes cattle producers across the nation who utilize innovative and extensive environmental stewardship practices on their operations. The award, now its 18th year, is administered by the National Cattlemen‘s Foundation and sponsored by Dow AgroSciences L.L.C., USDA‘s Natural Resources Conservation Service (NRCS) and U.S. Fish & Wildlife Service.

The Northeastern region includes nine states, from Kentucky to New York. Sennett Cattle Co. was nominated by Indiana Cattlemen‘s Association. The mutli-dimensional operation includes a feeding, registered and commercial cow/calf, and farming operation. This diversity allows Clark Sennett to be both economically and environmentally sustainable in an ever-changing market.

“Sennett Cattle Co. is dedicated to environmental stewardship and serves as a leader for the cattle industry,“ explained Dave Petty, chairman of the selection committee. “Clark and family have taken proactive steps to ensure an environmentally sustainable operation while educating the leaders of tomorrow through field days, tours and others involved in the industry. They demonstrate how environmentally friendly practices through their feedlot operation can benefit their farming operation.“

Clark Sennett returned to the family operation after he graduated from Purdue University in 1970 with a degree in Animal Science from Purdue University in 1970. He worked alongside his father for nine years and acquired the farm in the mid 1980‘s. Clark‘s son, Lance, joined the operation in 1995 after completing his degree and has assisted his father in expanding the environmental operatives of the company. Sennett Cattle Co. now markets 1,800 head of feeder cattle in Indiana and 500 head in Kansas. The operation also runs 115 head of registered Limousin and 115 head of commercial cow/calf pairs and farms 7,000 acres.

The diverse cattle/farming operation also consists of a fenced wooded acreage and ponds to provide valuable habitat for wildlife. "With such diversity, Sennett Cattle Company has flourished in an environment of scrutiny and is able to be sustainable due to environmental and stewardship practices,“ explained Petty. "Implementing rotational grazing, manure management, wildlife habitat restoration and minimum/no-till planting practices, has allowed them to be economically sustainable.“

Sennett‘s ongoing work with the NRCS has allowed him to seek technical assistance in planning and implementing run-off storage facilities from his feedlot to not only protect waterways, but utilize through his grazing management plan and apply at agronomic rates across his fields semi-annually.

"Sennett utilizes numerous practices to improve soil and water quality through a diverse number of practices,“ said Jane Hardisty, Indiana State Conservationist for NRCS. "Mr. Sennett also takes the time to share his knowledge and lessons learned to help other producers with their operations, and serve as a leader in the state.“

Sennett is an active member of the Indiana Cattlemen‘s Association and Illinois Farm Business Farm Management Program (FBFM). Serving on committees or providing valuable financial advice for fellow farmers or ranchers is not unusual for Clark. He was honored by the Farm Progress Companies as a Master Farmer for his efforts and achievements. Only a select few production agriculturists are given this prestigious award each year.

"I have never met anyone more passionate about the beef industry,“ said Sennett‘s son, Lance. "Dad‘s love for raising cattle is shown in everything that he does. From serving as a spokesman for the cattle industry to being engaged at all levels of the cattle association, Dad gives much of his time and money to promote beef production and consumption.“

"This environmental stewardship award acknowledges cattlemen who have gone above and beyond in their efforts to preserve natural resources,“ added Petty. "For this Indiana farm, conservation is a family affair that is being passed on to the next generation. The environmental enhancements they‘ve made make them a model for other farms and ranches in their region.“ 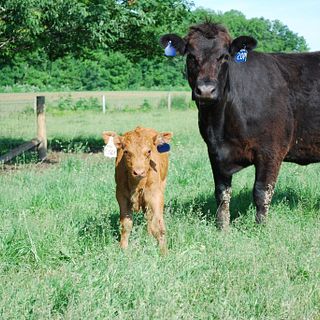 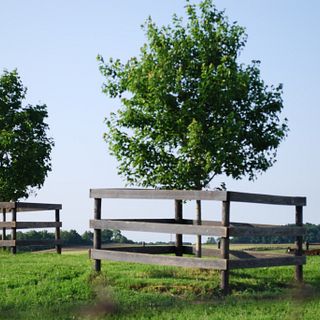 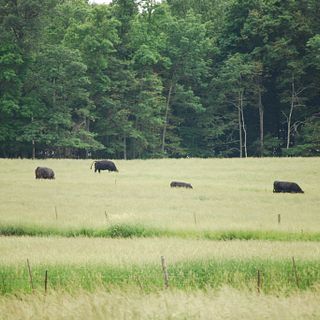 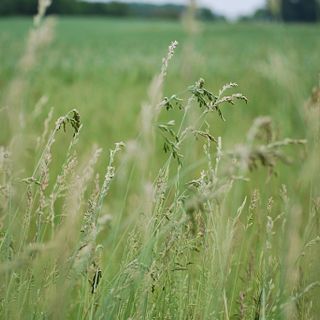