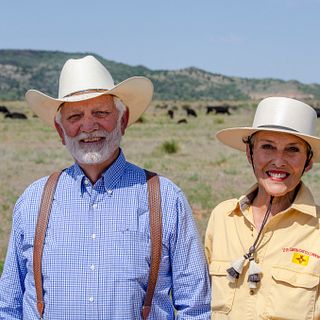 DENVER (July 31, 2019) – Ute Creek Cattle Company, in Bueyeros, N.M., has been selected as one of seven regional finalists of the Environmental Stewardship Award Program (ESAP). The award, announced during the 2019 Cattle Industry Summer Business Meeting July 30 in Denver, recognizes the operation’s outstanding stewardship and conservation efforts. This year’s regional winners will compete for the national award, which will be announced during the 2020 Cattle Industry Convention and NCBA Trade Show in San Antonio, Texas, in February.

Tuda Libby Crews’ Cabeza de Baca family has ranched in northeast New Mexico since the early 1800s, managing to keep the land in the family through hardships from drought, a failed economy, the dust bowl, World War II, inheritance taxes, grasshopper infestations and various other challenges.

In 2001 Tuda inherited one-fifth of the family ranch and established Ute Creek Cattle Company. The 14,000-acre ranch had four large pastures, four water sources, and suffered from over-grazing and neglect. Ten miles of Ute Creek was infested with mature, heavy-water-using salt cedar trees. Partnering with the NRCS and Ute Creek Soil & Water Conservation District, Ute Creek was fenced- off to aerially treat salt cedar. Tuda said, “in the last 18 years the riparian restoration on Ute Creek is the cornerstone of conservation achievement.” Her husband, Jack, concludes nature has effectively responded as the stream sub-irrigates the riparian area to grow rushes, sedges and grass.

EQIP created a water distribution system with two 10,000-gallon water storage tanks installed on the highest point of the ranch. More than 25 miles of two-inch poly pipe distributes water over the ranch through gravity flow. Twenty-seven miles of permanent fence created 25 pastures for the adaptive grazing system. Even in drought years the time-managed grazing system responds to using cattle as a tool to maximize forage production and enhance healthy soil.

Ute Creek Cattle Company, in Bueyeros, N.M., has been selected as one of seven regional finalists of the Environmental Stewardship Award Program (ESAP). Tuda Libby Crews’ Cabeza de Baca family has ranched in northeast New Mexico since the early 1800s, managing to keep the land in the family through hardships from drought, a failed economy, the dust bowl, World War II, inheritance taxes, grasshopper infestations and various other challenges.

Tuda worked with the New Mexico Small Business Assistance Program and found polyurethane “shade balls,” a product that now covers nine stock tanks. On each 20-foot drinker covered with shade balls, evaporation is reduced by 91% and annually saves 16,000 gallons of underground water on each tank. Other water conserving measures include xeriscape landscaping and roof water-catchment on buildings. As innovative “early-adopters,” the Crews family is open-minded to new practices.

Jack is proud of the cow herd genetic program which has evolved into a high-quality herd of Angus cows that produce Angus Age & Source Verified, All-natural, IMI Global Certified calves.

In 2004 Tuda cost-shared with the U.S. F&W Service “New Mexico Partners Program” to establish a 23-acre wild bird sanctuary dedicated to short grass prairie bird habitat. The bird sanctuary provides berry bushes, a small grape vineyard, water, breeding/nesting areas, bird houses and a few shade trees. Over the ranch the bird list has increased from 16 species to over 100, including golden and bald eagles, great blue herons, hawks, songbirds and many others.

Their adult children, Libby and Ted, and grandchildren, Bella, Bennet and Seth, are not on the ranch; however, it is apparent the entire Crews family loves the ranch and feel a deep responsibility to keep the land in the family in honor of the generations who worked so hard to create the legacy.

“There is an Indian proverb that says we do not inherit the land…we borrow it from our children,” said Tuda. “We’ve done the best we could to leave it better than we found it, and I feel confident future generations shall carry on the heritage ranch operation.” 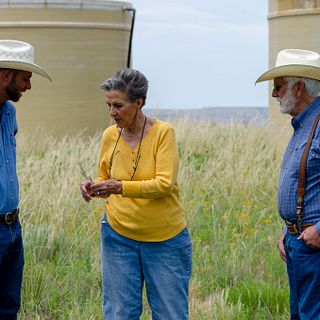 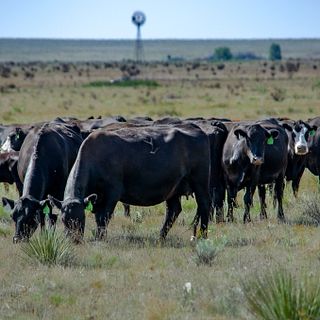 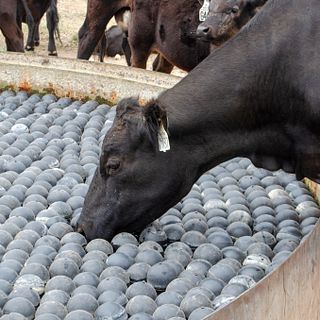 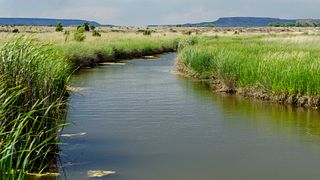 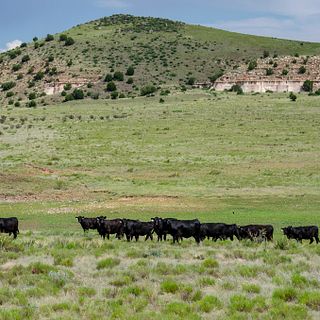 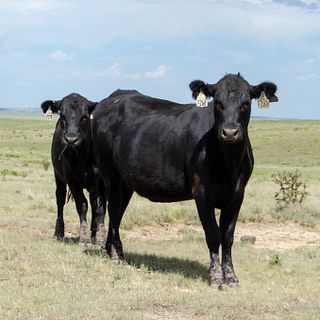 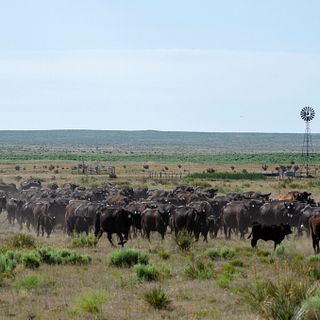 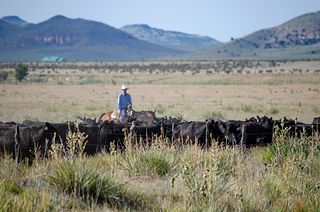